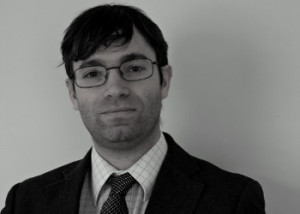 Thomas is an experienced Chartered Valuation Surveyor who began his working life as a catering manager before he joined Marriott & Co. in May 2007. In 2008, he began five years of out-of-hours studying with the College of Estate Management at the University of Reading, firstly completing the Diploma in Surveying Practice (with Distinction) in 2010, and then going on to achieve First Class Honours in the BSc in Estate Management in 2013. He was also awarded the Robert Crawford Prize for achieving the highest result in ‘Applied Valuation’ in his final year.

Thomas’ has undertaken work for clients in several continents. He carries out valuations for all different purposes within the Marriott & Co. spectrum of work. He is a RICS Registered Valuer who adheres to the Red Book, having qualified firstly as a RICS Associate in 2010, and then as a Chartered Surveyor in May 2015 after which he was rewarded with a Directorship and is now the Director of Valuations at Marriott & Co.

Thomas’ spare time is generally enjoyed on days out with his wife and young family, and playing / watching various sports (primarily football) whenever he gets the chance! He is also a keen songwriter and musician, having written songs and performed in bands since he was at school.