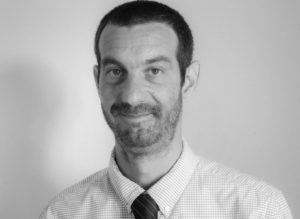 John initially joined Marriott & Co in 2001 as an auction porter and was trained by Judith Campbell for a few years. He re-joined the firm in July 2019 as Auction Manager, organising and marketing Marriott and Co.’s disposals, and managing assets under the supervision of the company.

John graduated from King’s College London’s school of Law in 2001 with 2:1. An experienced ocean sailor with over 40,000 nautical miles under his belt, John used to run his own marine services business in the Caribbean before returning to the UK and Marriott & Co. after a period in consumer and commercial asset finance.

When not on the water, John is indulging his love of tsundoku or walking his dachshund Colin with his wife Katy.